It is not everyday that I am honored with being able to capture an engagement session of one of my dear friends.  Growing up, since I can even remember, Jennifer has always been in my life, along with her amazing family.  It was such a treat to be able to catch up with Jennifer, along with her fiance Kayla, during their adorable engagement session in a nearby orange grove.

Where their story began…

Having met back in October of 2014 through mutual friends, the two right away had a connection that started with friendship.  As they got to know one another on a deeper level, it felt like they had known one another all along.  A month later after first meeting, Kayla took Jennifer out on their official first date and have been inseparable since.

Falling in love with how she can just be herself around Kayla, Jennifer explained that Kayla loves her flaws unconditionally, along with love for both of their families, and is very protective of her.  For Kayla, she fell in love with how Jennifer brought her out of her shell to become a more comfortable person with who she is.  Jennifer is also the most caring and loving people Kayla  has ever met.  Both agree and explained, that “like any couple we have faced our hardships, but at the end of the day we have always made it back to each other, and we cannot imagine spending our lives with anyone else.”

Knowing Jennifer was the one, Kayla planned out her proposal to be during a trip to Connecticut where Jennifer would be meeting Kayla’s entire family.  However, Jennifer’s curiosity had a different direction in play for Kayla’s proposal.  At the end of packing their bags, Jennifer found Kayla’s hiding spot on accident while making sure last minute items were not missed.  Kayla immediately stopped Jennifer from searching further, which of course Jennifer could not move past in knowing what the big secret was.  Wanting to know what she was hiding, Kayla had to make an impromptu proposal.  It was the night before their trip, February 23rd at 11 PM.  Pulling out the box, Jennifer was completely in shock to realize what the big secret was.  Sitting in their pajamas, Kayla held out the ring to Jennifer and told her the reasons she loved her, along with asking her to marry her – and you better believe Jenn said, “yes!”

What made the impromptu proposal even more special, was that Jennifer had shown her “dream ring” to Kayla a year prior through sending her an image of the ring with the word “goals.”  Saving the image to her phone, Kayla made it her goal to find “the ring” Jenn had send her and after about ten plus stores, actually did! 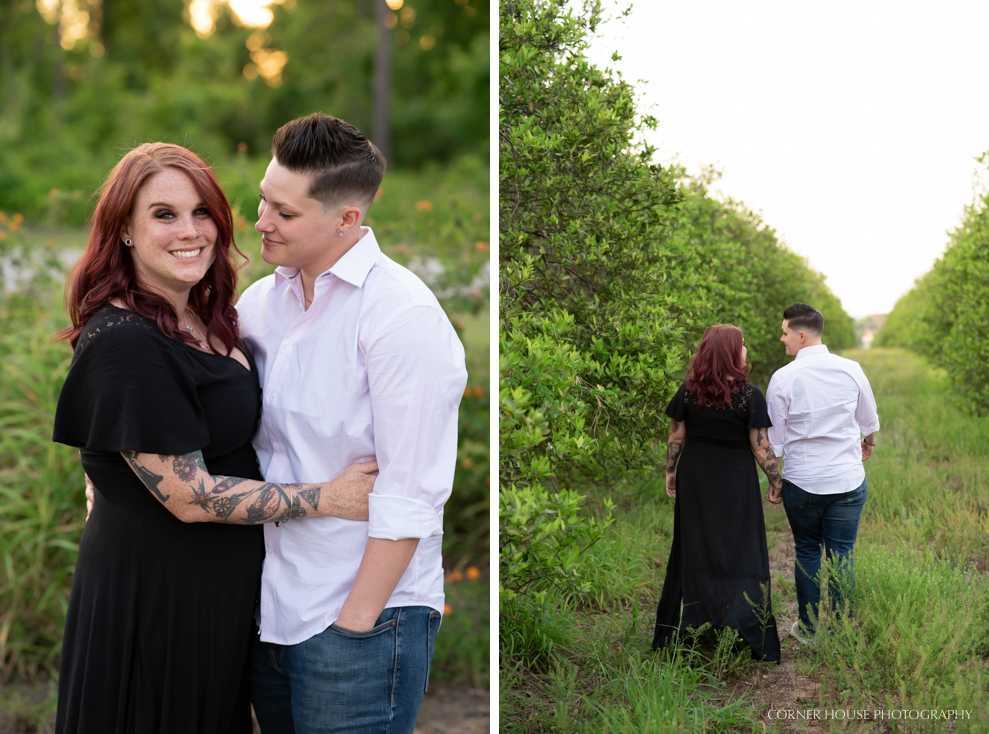